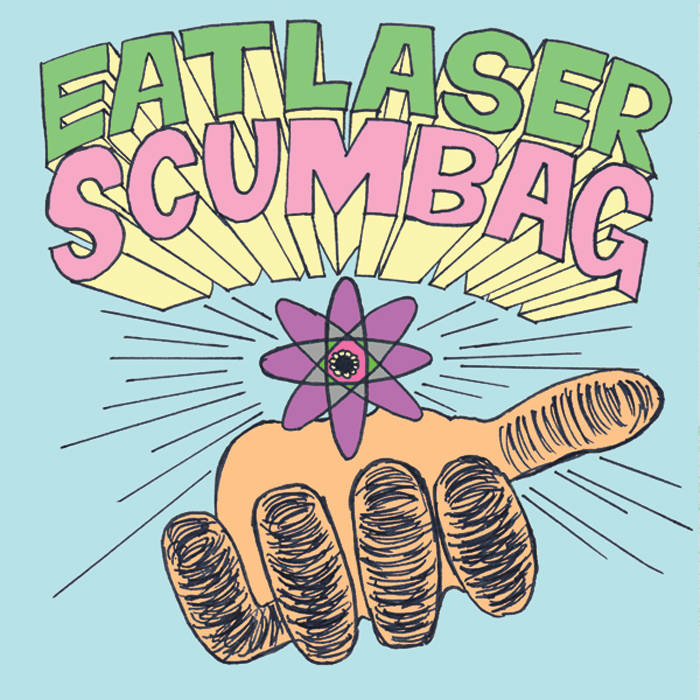 We present you 'CHAKRAS ALIGNED' the long lost follow-up recording to Eat Laser Scumbag!'s 'ELS 1:Earth 0' of 2005. This recording has been laying dormant for the past seven years until a delightful recent rediscovery.

Background : Recorded during a tour to Melbourne in 2007? at a house in Doncaster by a guy called Dallas Packard (Ground Components), these recordings capture mostly unreleased material (some live version feature on 'Please Laser Don't Hurt 'Em) featured in the later hectic life stages (2006-2008) of the band before disintegration. These tracks have received some fresh post-production by Xavier and mastering by Chris Yates (Dollar Bar, Weak Boys).

UPDATE - 10" sold out quick but you can now get a free download of the EP!

All songs by Eat Laser Scumbag!
Recorded by Dallas Packard in 2007.
Post Production EQ by Xavier P and mastered by Chris Yates in 2014.
Artwork by Adam Scott.
Colouring in and layout by Xavier Poropat.

Bandcamp Daily  your guide to the world of Bandcamp